Book a Singer for a Party – Martin Bell and The All Stars Band. 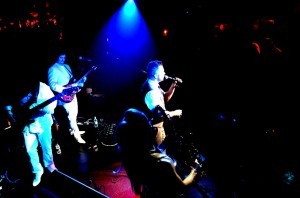