Party Entertainment with Martin Bell and The All Stars Band. 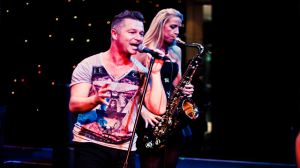