The Ultimate Wedding Band … Martin Bell and the All Star Band. 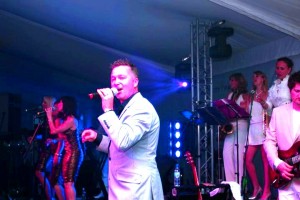